New Single “21 Days” out now on all digital platform! 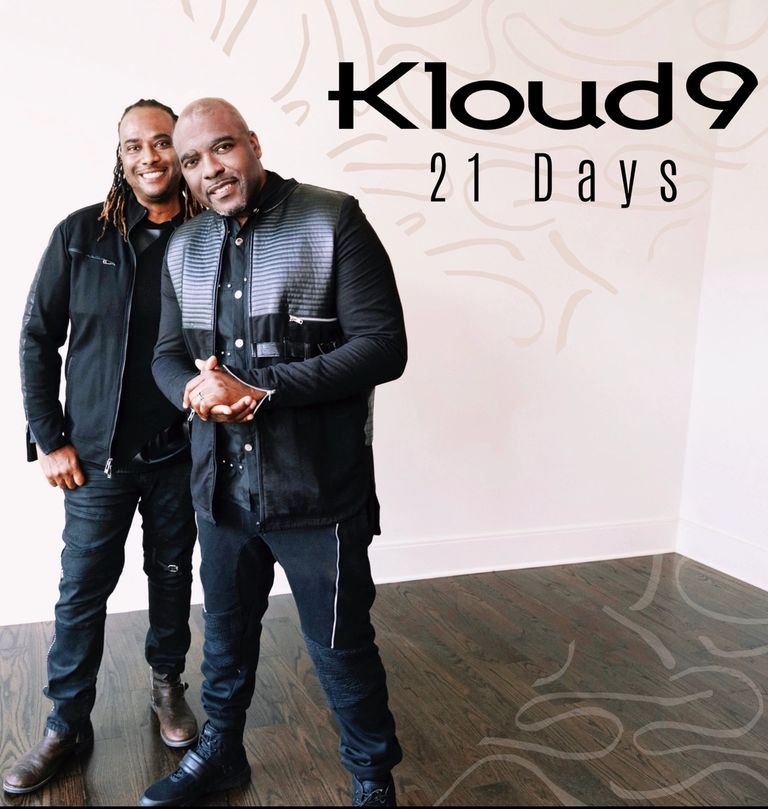 Twin brothers Kelvis and Kendall Duffie aka Kloud 9, have laid a foundation and reputation of making quality music since their critically acclaimed

Twin brothers Kelvis and Kendall Duffie aka Kloud 9, have laid a foundation and reputation of making quality music since their critically acclaimed 2002 debut “On Kloud 9” on The UK soul label Expansion Records.

The album reached number 1 on the UK Soul Chart and quickly established the duo as a relevant and respected force in the widely growing genres of Smooth R&B and Neo Soul.

The songwriting and production style of Kendall and the groups smooth vocals separated them from the trendy sound of todays R&B with a sophistication and vibe that gave them a distinguished sound and style.

Like other notable family groups, their harmonies and vocal blend are unique and special. Their previous 3 albums attracted many of their contemporaries that were featured on previous releases including Kirk Whalum and Incognito.

Fast forward to 2020 and the guys have decided to dig into the vaults of new material they have been quietly working on for the past 8 years that will finally be released during this unprecedented time via the UAMG/Sony/Orchard sytem.

As Kelvis recalls, “we decided to take this down time to go through the vaults and listen down to material we recorded over the past 7 or 8 years and in doing so we realized it still sounded fresh and alive!”

Kendall explained that one good thing about using real instrumentation and doing quality music is that it stands the test of time and Kelvis and I both agreed that what we created is just as good today as it was when we recorded it several years ago.

A light-hearted story about a 21-day love affair that turns into a lifetime romance through the repetition and habit of loving someone over and over.

After a 10-year hiatus from releasing music the twins are back and excited to deliver a collection of songs that they hope will inspire, delight and remind people of the good ole days, the better days ahead and leave listeners feeling like they’re on Kloud